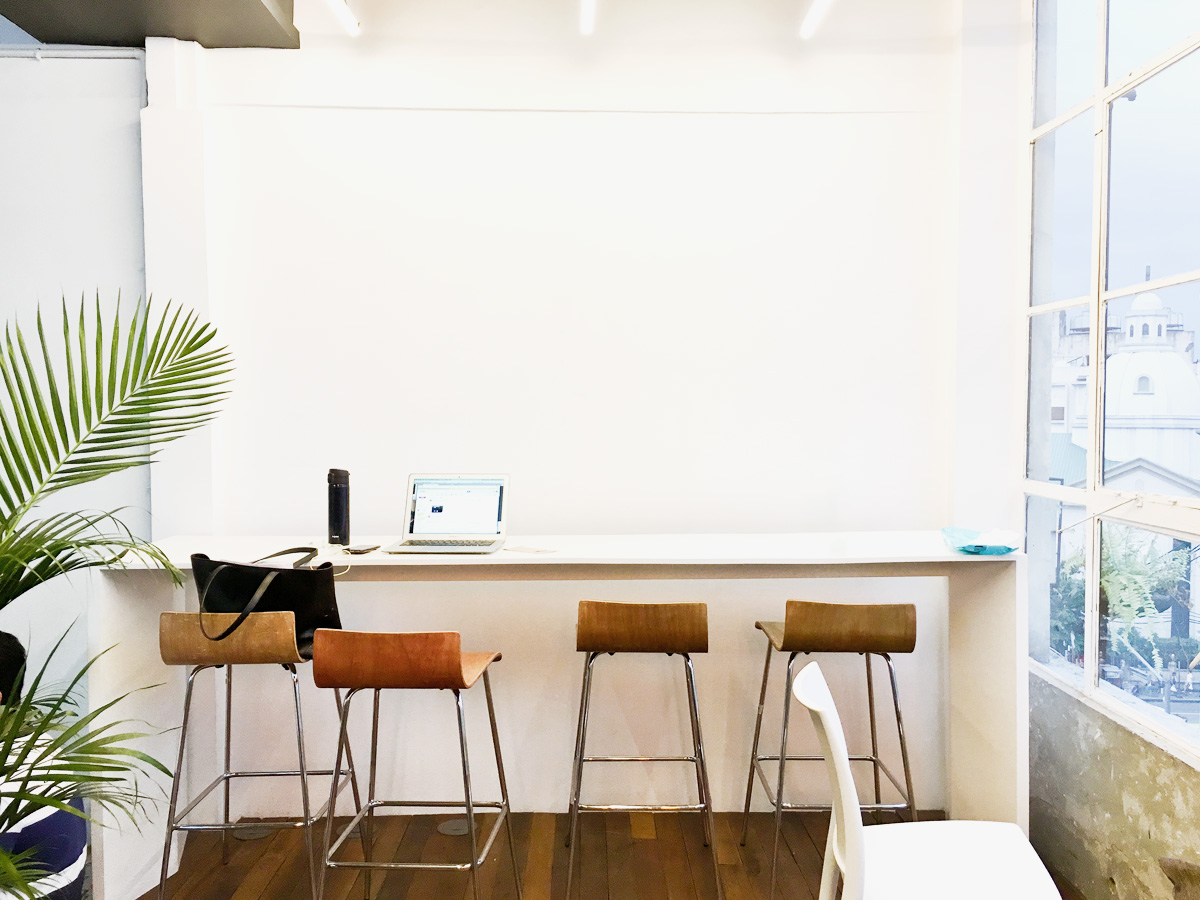 You don’t need a time machine to take a trip down Manila’s memory lane. In fact, the East-West End Street of Escolta in downtown Binondo, Manila gives us more than a glimpse into our unique colonial past: The once foreign-merchant lined alley is now home to budding and bustling contemporary businesses, headed by the freshest creative minds in the industry.

Walking down the antique-skyscraper filled path, Team Manila was given the privilege of sitting down with the creative minds behind FIRST Coworking Community–a new coworking space in Manila that aims to provide an open space for creatives looking for a place to work, collaborate, and make ideas happen. Together with One/Zero Design Collective, and The Public School Manila, Team Manila dives deeper into the histories and processes behind FIRST and their own respective companies. 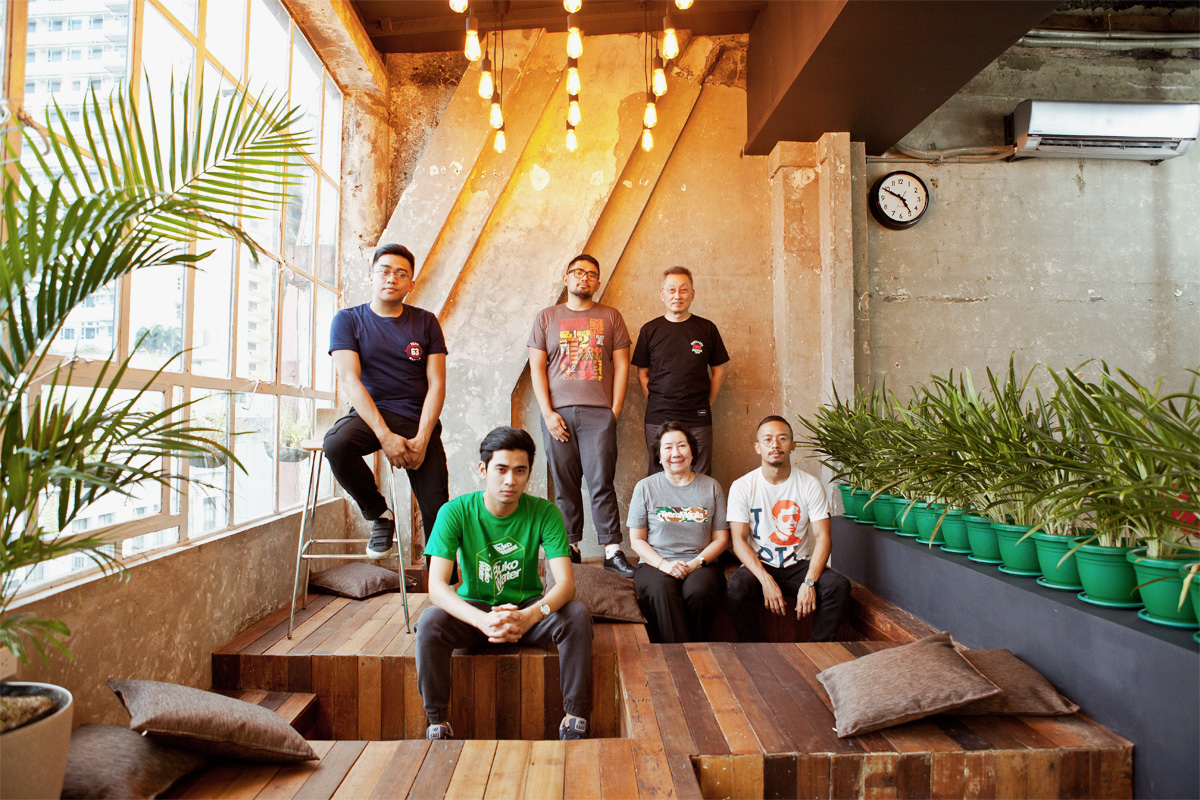 Overlooking the busy antique Escolta street are floor to ceiling windows and the harmonious combination of minimalist furniture and the elegance of wooden planks. A picture perfect workplace for any creative mind. The top of the First United Building is a space particularly reserved for those Millennials with a need for a modern, clean area with plenty of sockets and free-flowing coffee.

What makes it even more special?

FIRST is a shared space. People from all fields—whether creative, corporate, or even startup companies are free to rent the space as their own office area for a small fee that can be paid daily, weekly, monthly, or even annually. 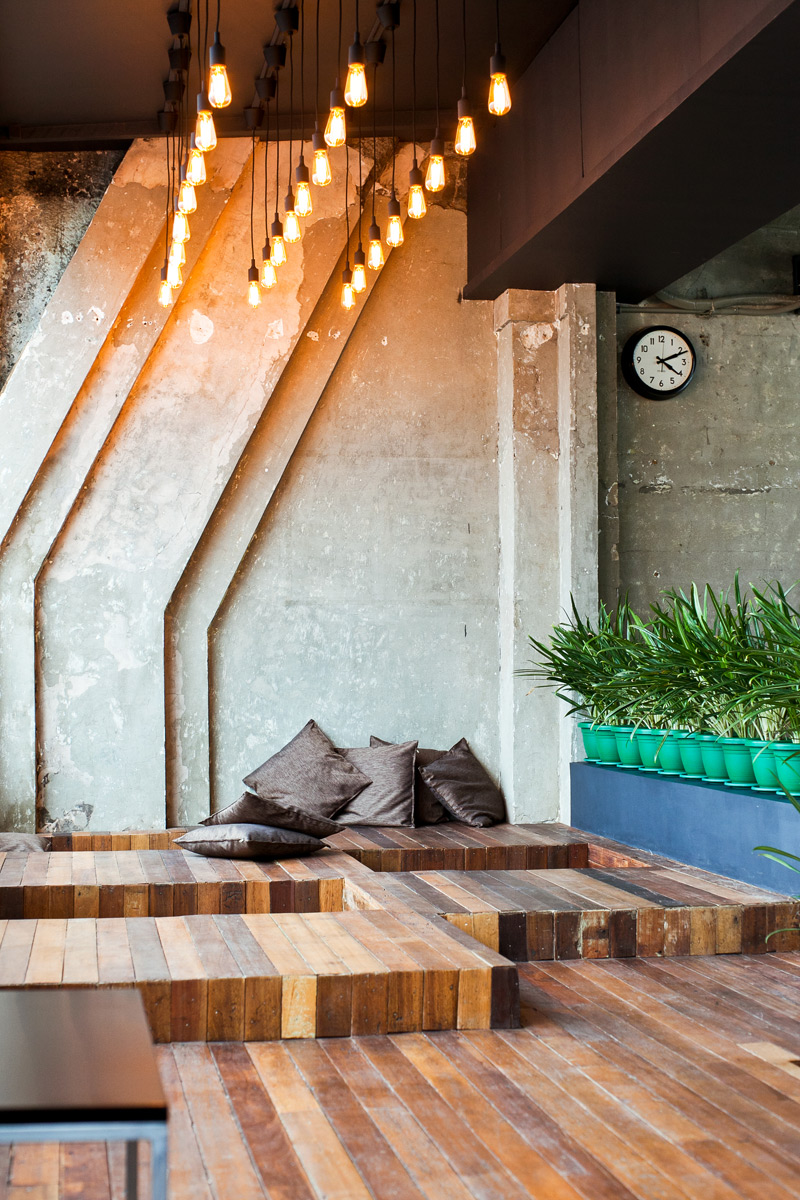 The project was inspired by a limitation. The owners of the First United Building, Roberto S. Sylianteng and Lorraine Young-Sylianteng—pioneers of the unique co-working area in the middle of historical Escolta—mentioned an aversion for the renovation of the exterior of the entire building. The previous owners, the Perez-Samanillos, created the structure as a goldmine for culture, having rebuilt it in 1946 after it was partially destroyed in the second World War—and they decided to only work on the interior of the building. They wanted a to create something new but necessary, and then FIRST was suddenly born. 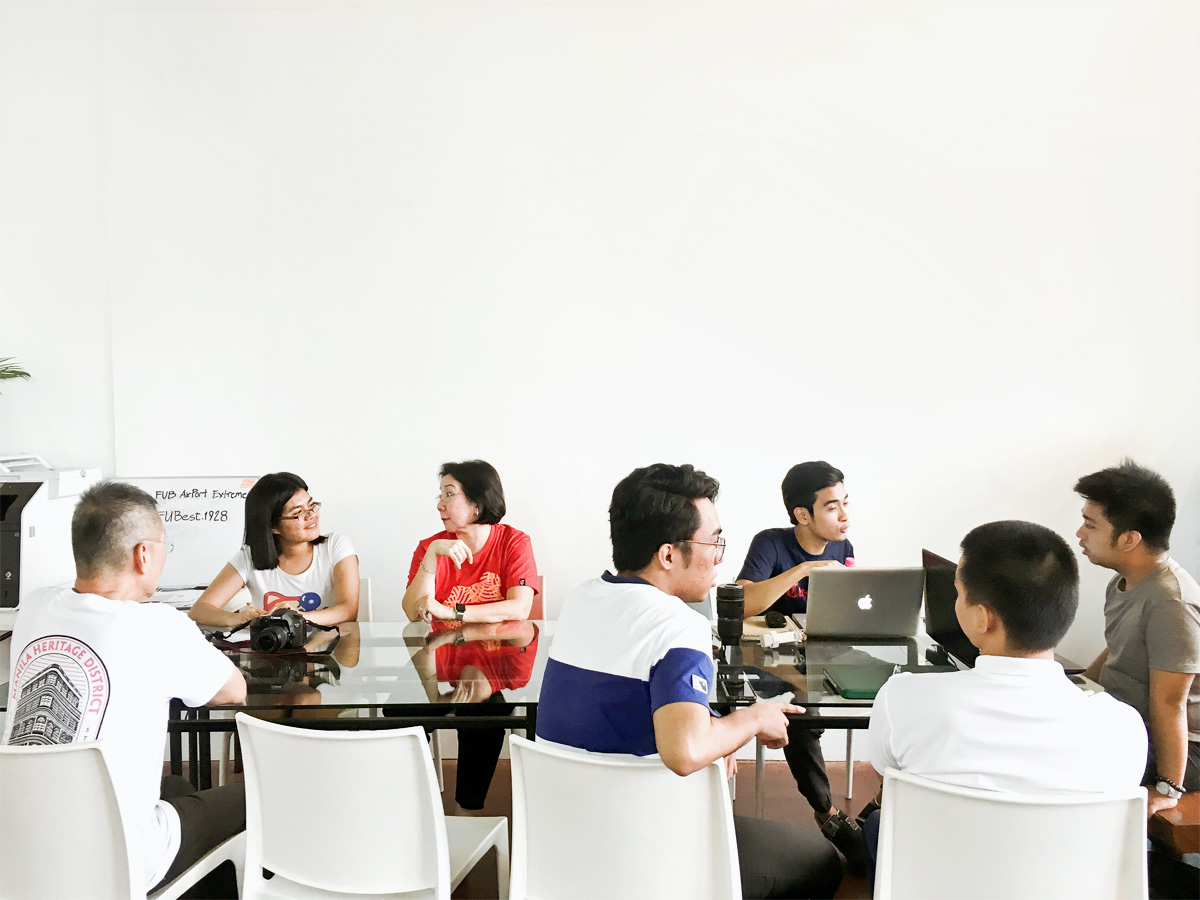 Team Manila was able to catch the Syliantengs to ask them why they put up FIRST. Mr. Sylianteng noted that it was all about the vibe. “We’re the first co-working space to exist in Manila City. The vibe is different. Like a mix of the new and old,” he says, and he also mentions why he believes co-working spaces are a necessity—especially for creatives. “It’s all about bringing together strangers who would have never met, had the space not existed—those who were initially unrelated to each other, pero somehow, they will have to learn how to co-exist.” He also speaks of the perks of renting from a co-working space, compared to the usual 9 to 5 lease of any building. “Time is so flexible here. Pwede kang pumasok ng umaga…or even after one. It’s up to you.” 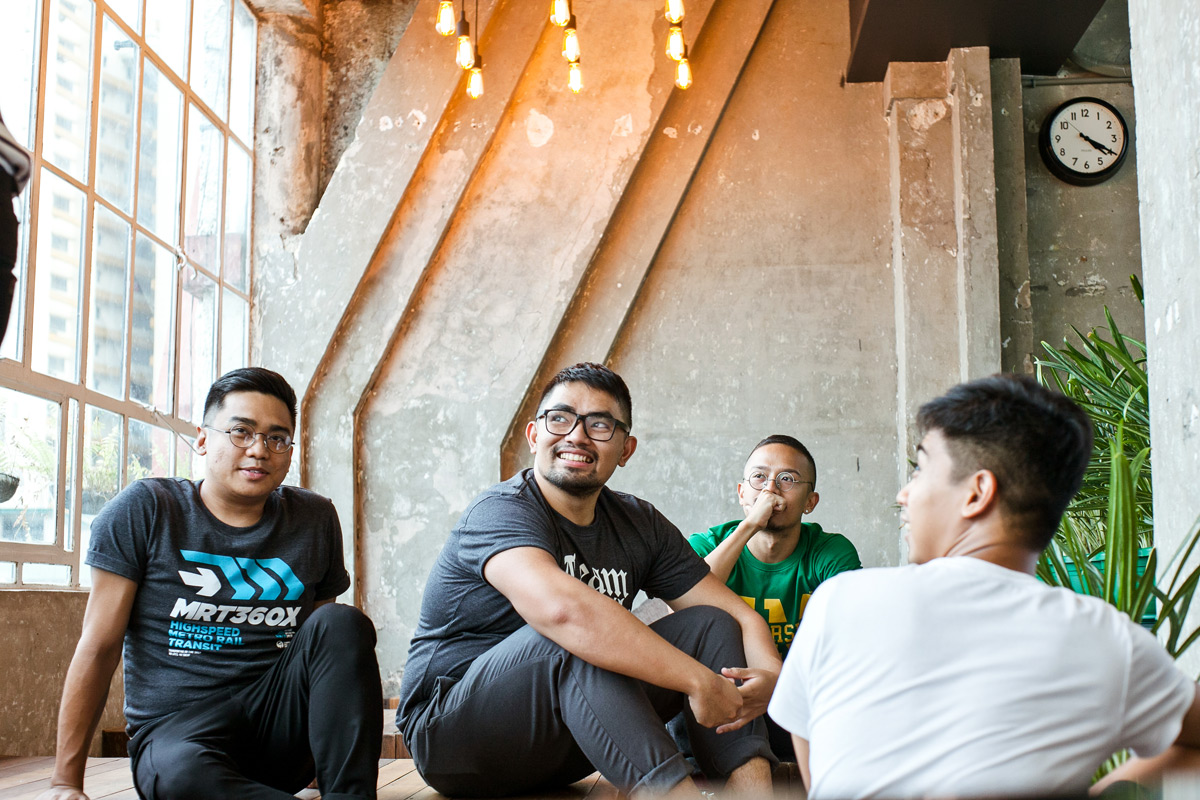 FIRST is already a wonderful idea that has come into fruition, but even the creation and conceptualization of the said space was already an avenue for collaboration before it opened to the public. Two companies, namely the One/Zero Design Collective and The Public School Manila, worked in tandem to build the co-working space from the ground up. It was the mix and match of their creative architecture and unique branding that has made the co-working space an attractive venue for creation & collaboration. Curious about the processes behind the roots of the First, Team Manila got to know a little more about these two companies that were responsible for maximizing the ingenuity of the coworking space. 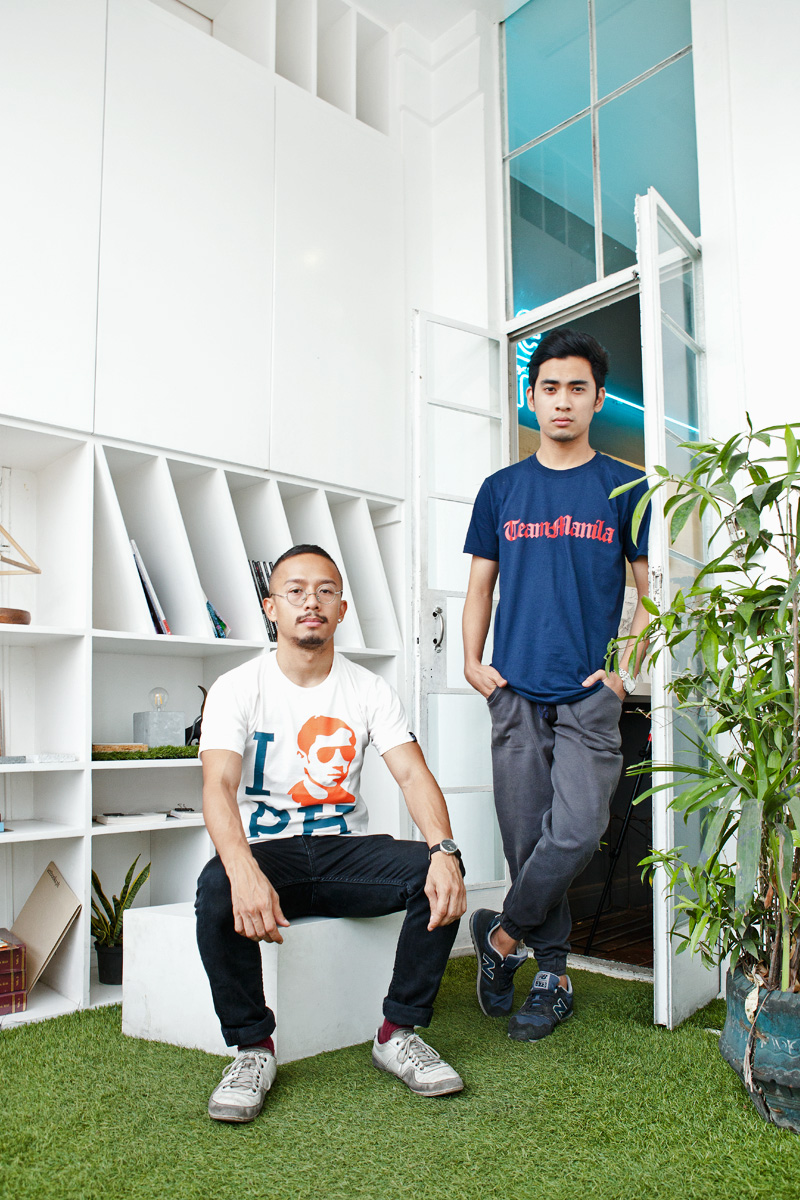 “One/Zero, in mathematics, is undefined. “In my practice—and I guess in everybody else’s—we are constantly trying to define ourselves,” Arts Serrano says.

One/Zero Design Collective—led by Architect Arts Serrano—is the firm responsible for the creativity-inducing interior of the FIRST Coworking Community. Together with apprentice Glenn Ambas, this award-winning architectural design collective takes on large-scale projects that involve urbanism and macro developments, smaller residential or commercial projects, as well as projects on furniture design. 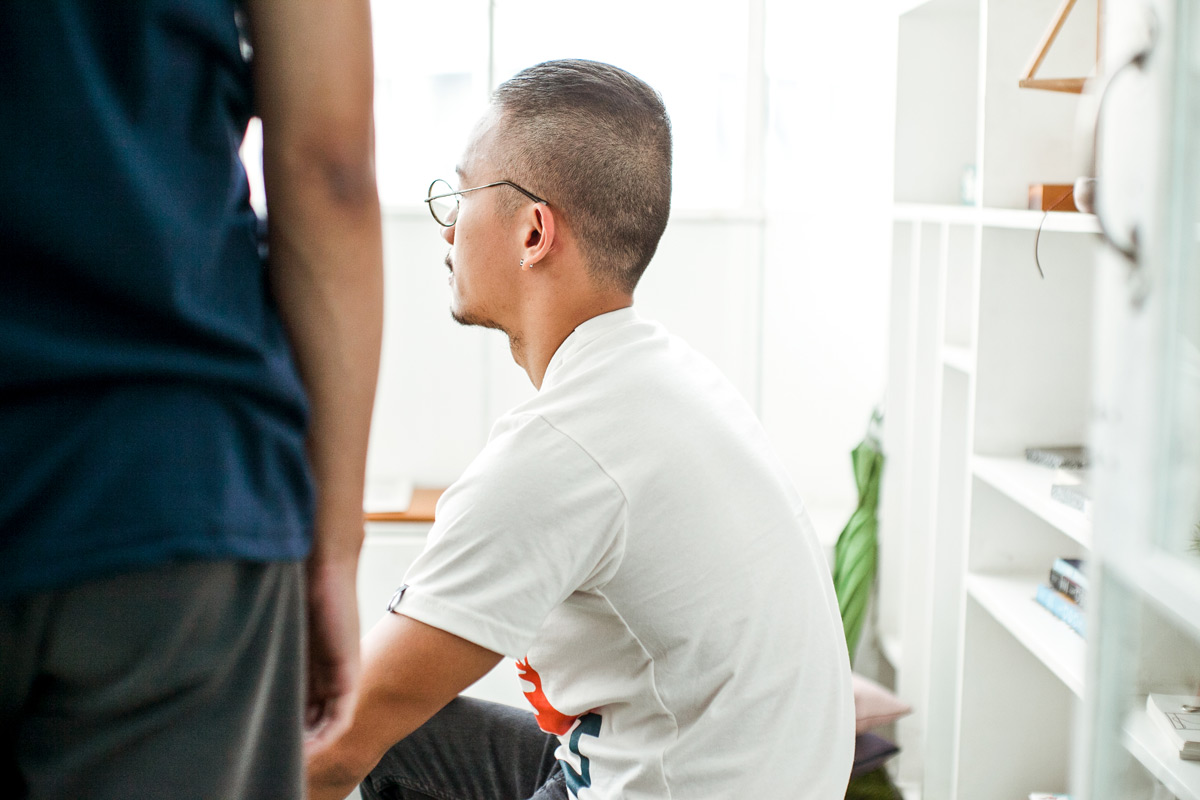 One/Zero was responsible for suggesting the attractive floor to ceiling windows that gives designers a breath of fresh air and a beautiful panoramic view of the city. For them, the white walls and the big windows also serve as instigators for change and evolution, as well as an inspiration. “It’s the view that inspires us,” Serrano said from our personal interview with him. “Those windows framing the building are magical. It’s why we’re here. The past and present co-exists in this building—in seeing buildings from the 1920s surrounded by modern art. As designers, we’re still trying to wrap our minds around it.” Definitely something they believe co-workers need a taste of.

“We’re always inspired,” Serrano says. And with the wonderful array of their works on display, TeamManila has to agree. 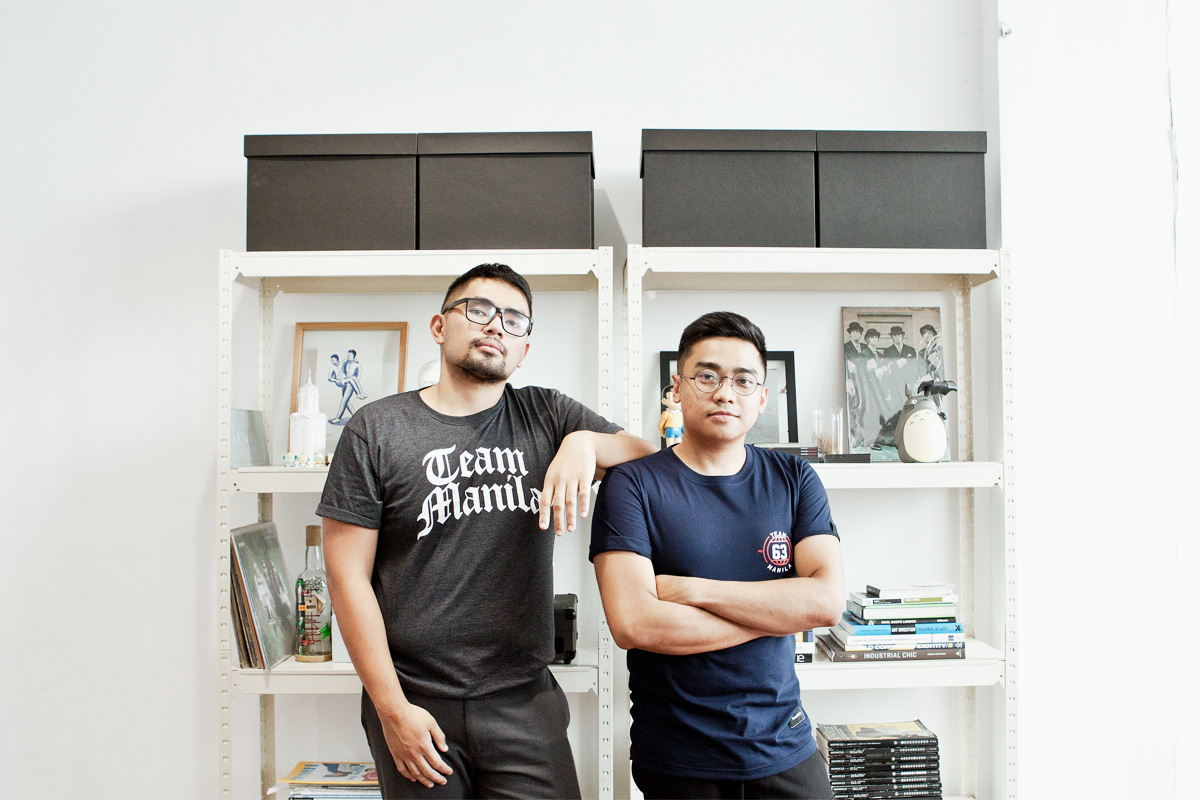 Taking cues from the building’s architecture and surrounding elements is Vince Africa and Reymart Cerin of The Public School Manila—the top-tier design studio behind FIRST Coworking Community’s branding. The Public School Manila has easily become the go-to firm for anything #Filipino; some of their clientele include the Intramuros Administration, COMELEC, the Lopez Museum, Nayong Pilipino, and the Quirino Foundation. The Public School Manila also conceptualized the branding for Escolta Block Party, a street party that brings back the glory days of Escolta where there is a bazaar featuring homegrown arts & crafts, food & drinks, and start-up brands with performances from local artists and the city’s hottest DJs. 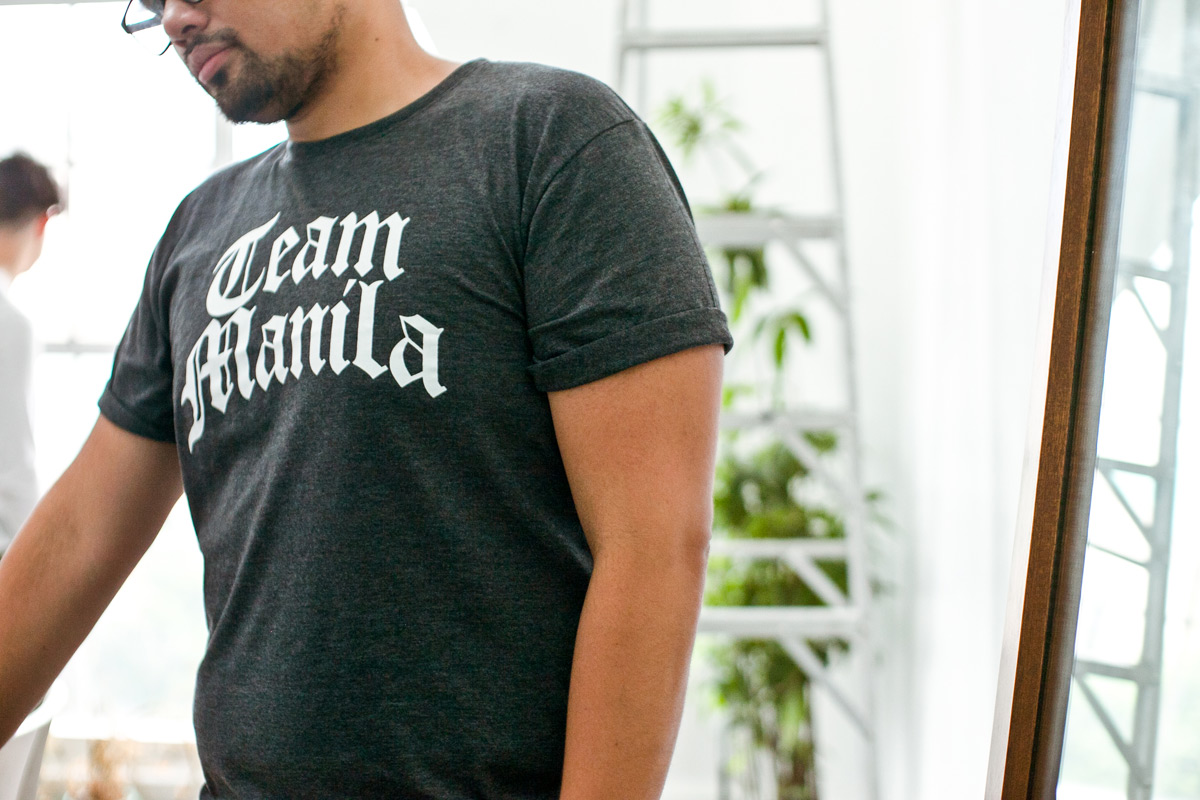 The team, as they had mentioned in an interview, was once an office-less freelancing duo who had to work for hours in ambient coffee shops. It was a flighty system, as they mentioned that people seemed to rush into cafes when their most important deadlines came about. After searching for the perfect spot, they finally settled in the First United Building on Escolta street—captivated by both the creative atmosphere and the floor to ceiling windows that captured the real beauty of Manila. It was a perfect match for their tagline: “Make beautiful things that matter.” Knowing the struggles of other people looking for a ideal place to work at, The Public School Manila jumped at the opportunity to be part of putting up FIRST Coworking Community. They could have definitely used something akin to the beautiful co-working space back when they didn’t have an office—and now they’ve helped create a safe space for collaboration and creation! 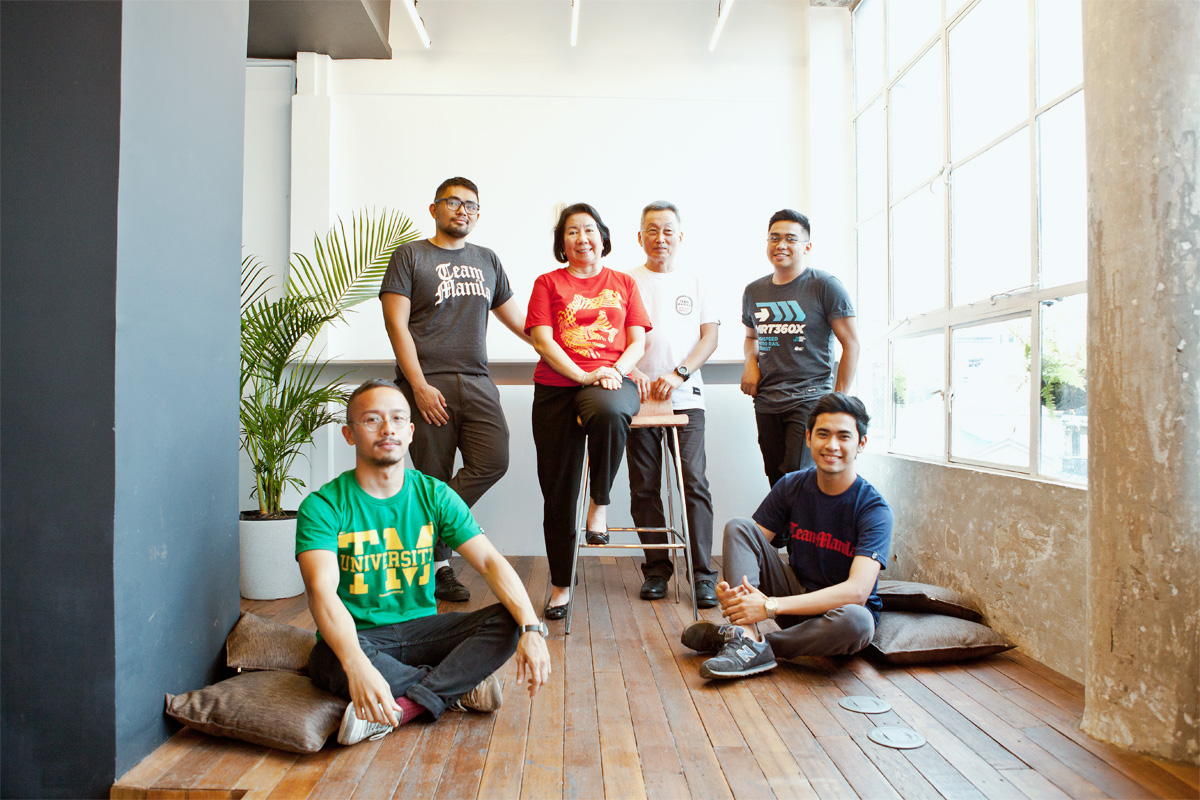 All tees worn in this feature are part of Team Manila’s new collection and can
purchased exclusively from Suez & Zapote and online at DailygrindStore.com