Lines That Proved Bonifacio’s Love for the Country

Filipino revolutionary leader Andres Bonifacio is both brave by pen and sword. Aside from being one of the Katipuneros against the Spaniards, he showed his love for the country by his writings. He wrote a poem during the 1896 revolution for the Filipinos to join the movement for independence against the Spanish colonialism. Under the initials A.I.B. which stands for the pseudonym Agapito Bagumbayan, his poem was published in Kalayaan, a publication of the anti-colonial movement Katipunan. 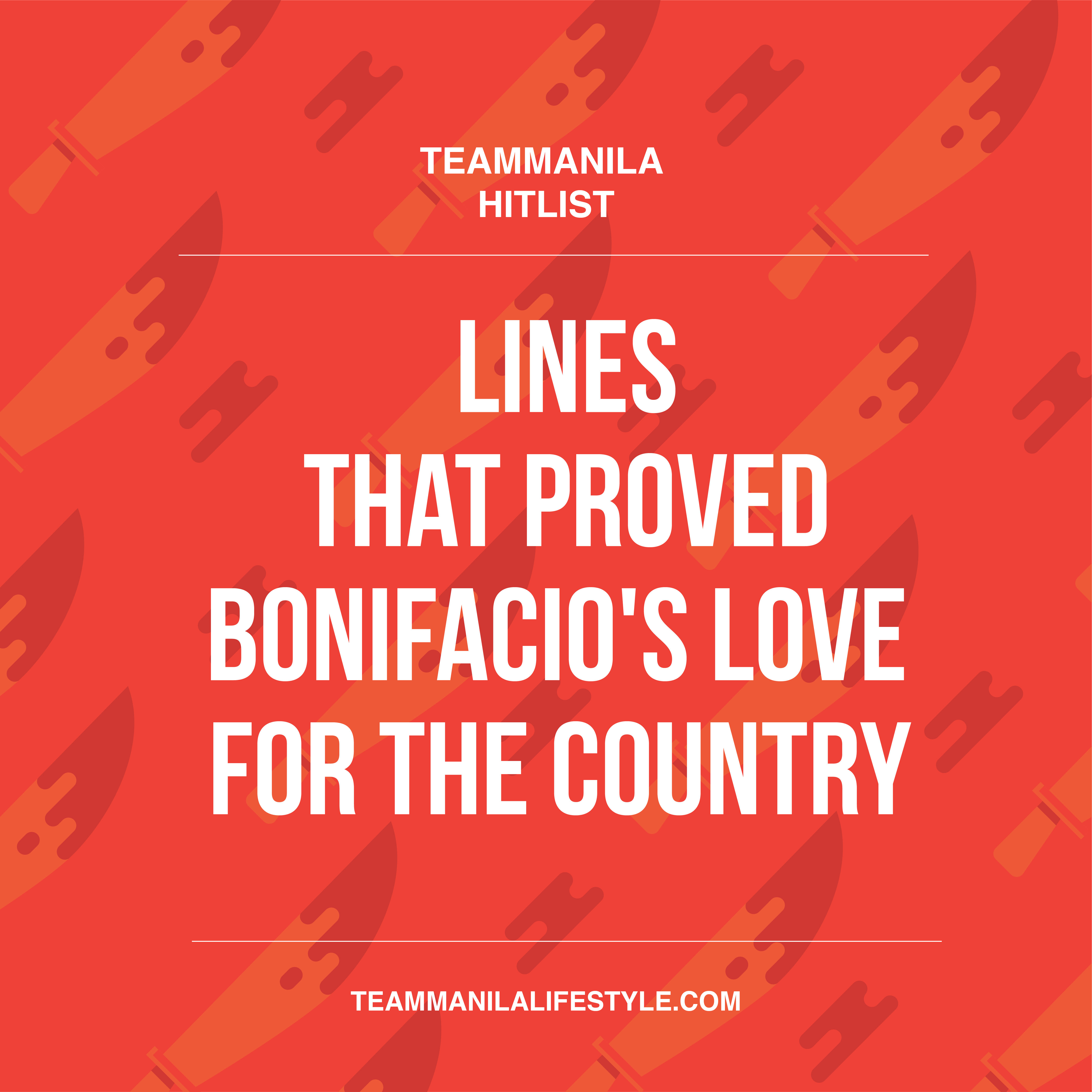 In commemoration of our Supremo’s 154th birth anniversary tomorrow, let’s all read the lines from his poem ‘Pag-ibig sa Tinubuang Lupa’ that will make our Filipino spirit rise.

On the declaring nationalism as a the greatest form of love

On showing love for the country from birth to death 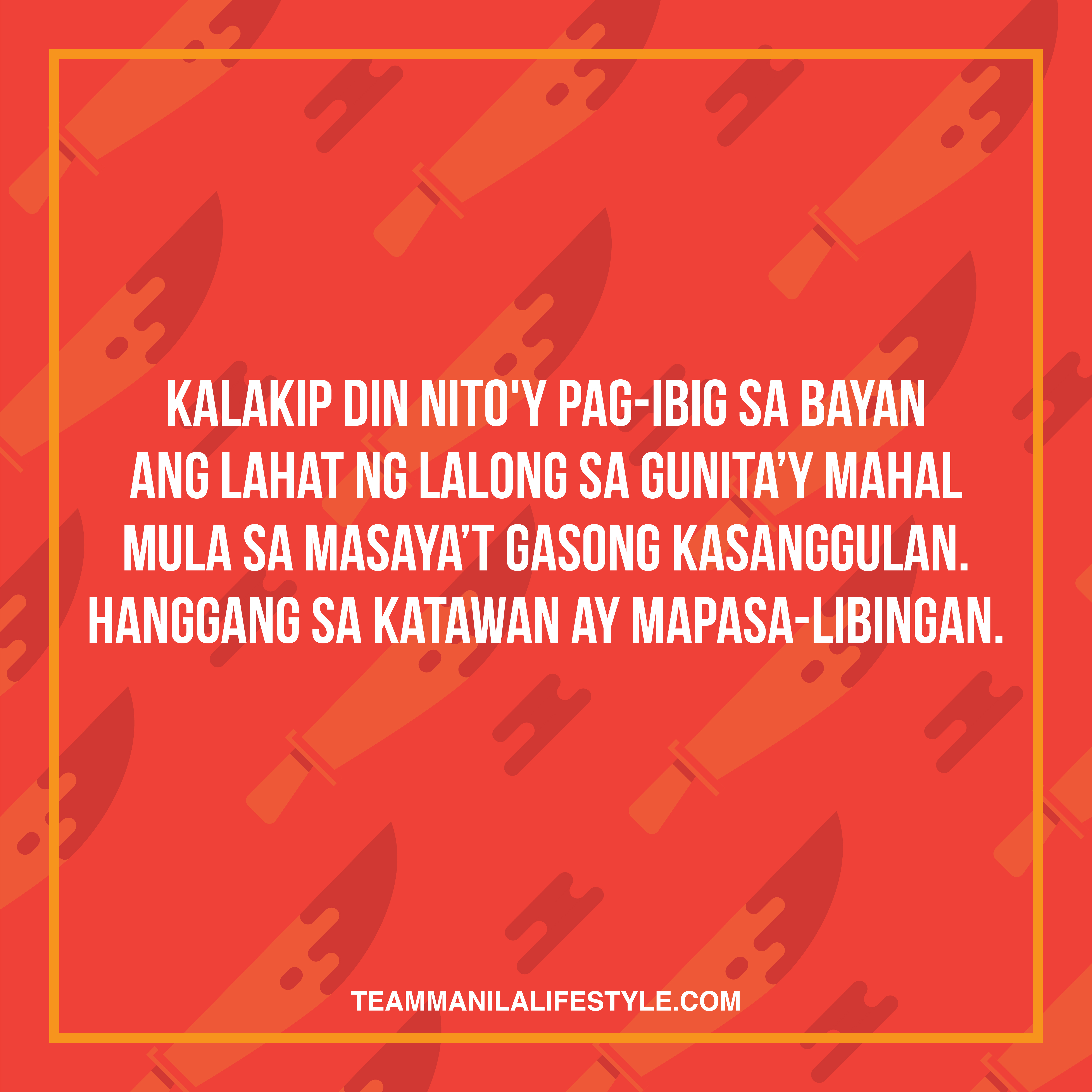 On exerting efforts for the country 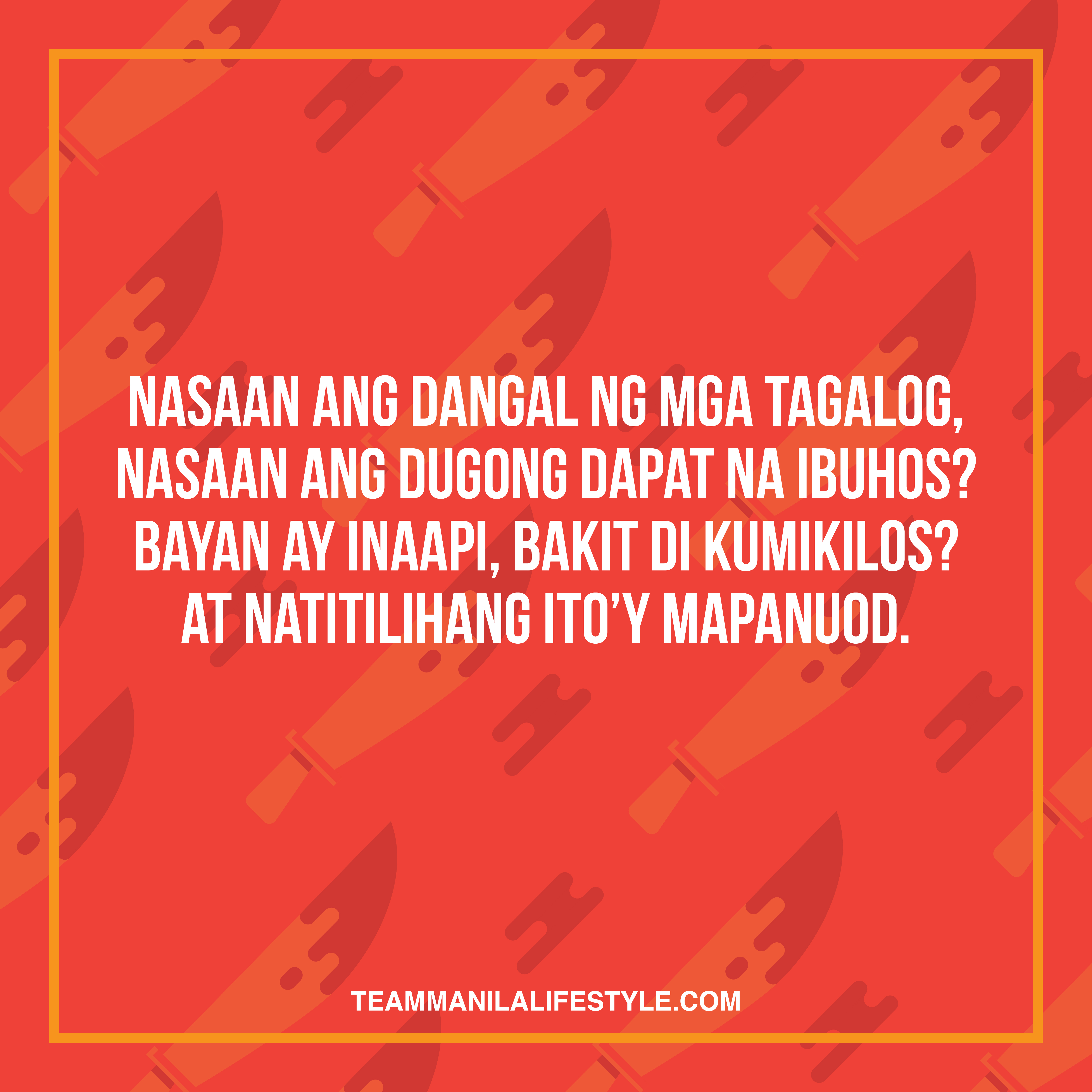 On encouraging everyone to make a change 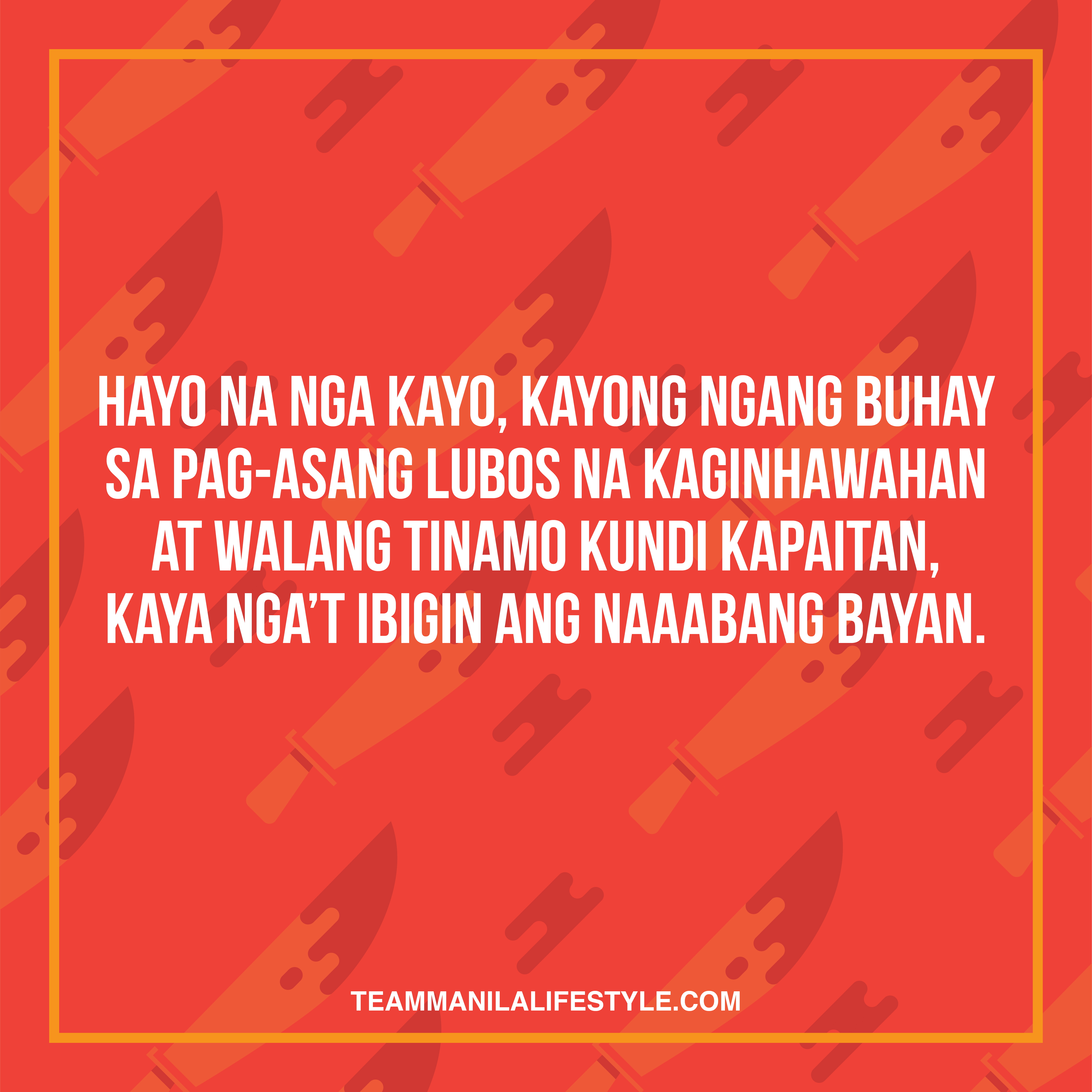 On sacrificing life for one’s country 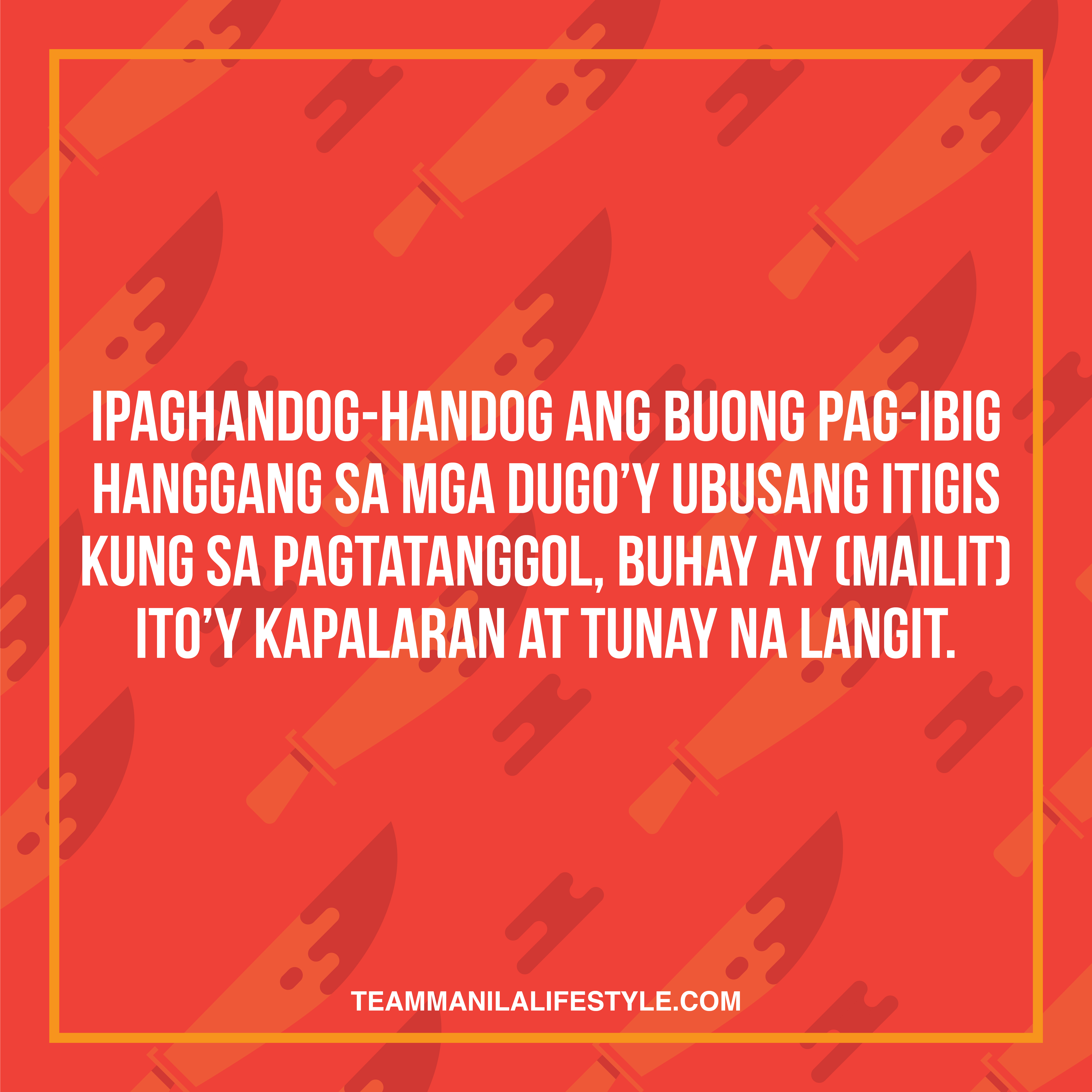